In the early 1900s, when televisions came out, it was revolutionary! But now with digitalization and advancements in technology, OTT platforms and apps have become a determining aspect of our lives. But how will this affect you as an ISP? Well, this means you can leverage more sales and get a better customer base! Yes, it’s good news. Let’s see how.

According to Business Today, there has been a 4x jump in the number of OTT apps in the last six years from 10 streaming platforms in 2014 to over 40 platforms in 2020. In FY 2020, India’s video OTT market was worth INR 86.98 billion. Between the fiscal year 2022 and fiscal year 2026, it is predicted to increase at a 30.73 percent compound annual growth rate (CAGR). Hence, we can say that OTT apps will be the next big revolution in the entertainment industry! So, if you want to leverage the digital world, having an upper hand in the OTT industry is a must. (link)

Over the years, a lot of OTT streaming platforms have come into the market for audiences to consume content around and in the meantime build their brand awareness by valuing their audience. But still, there is a gap in the market that you as an ISP can fill by integrating different services. There is a big pool of OTT apps available on both Android and iOS platforms that let the user watch their on-demand content as and when they want.

Netflix has been there since the inception of the OTT apps. With over a billion downloads, they have become a global hub for TV shows, movies, and series. They have become a top content production company. Netflix is available for free with a monthly subscription, with app downloads and users consuming content, Netflix has 209 million subscribers worldwide. This apps’ OTT user interface is also in-built and fluid allowing users to navigate through sections.

The only other player in this OTT platform sphere that can give Netflix a run for their money is Amazon Prime Video. The market has taken a storm with their prime original series and comedy shows. They have become a cool interface! This OTT app is shown in nine different languages and its content library is a balanced mix of Indian and international content. Its makers have made sure that the UI is not cluttered, allowing you to navigate around the app with ease. The content is top-notch too, making it a worthy competitor. This is a must-have in your package.

A Star Network online streaming service, Disney+Hotstar has everything that a user wants to consume. They have not restricted themselves to just streaming movies or series, but they have broadened their category to streaming live sports telecasts too. This is the feature that makes the audience go crazy for Disney+ Hotstar. It allows users to relish 100,00+ hours of rich content from their library with the leverage of publishing them in multiple languages. It is the most subscribed OTT app from our OTT apps list in India and has around 300 million active users and over 350 million app downloads making it to the top in terms of OTT app downloads.

If your target audience is someone who enjoys watching Indian daily soaps and are all crazy about reality shows then Voot Select is the ideal OTT app to offer them. In their premium feature, they have various shows streaming from numerous television channels, some of them including MTV, Colors, and Nickelodeon. Like the other OTT apps, Viacom 18-owned Voot Select delivers content in multiple languages. They host over 40,000 hours of content that includes even India’s favourite reality show Bigg Boss. It also has movies and kids’ exclusives on the app. Voot Select is a key player in the OTT industry with over 1 million downloads and 100 million monthly active users and these numbers are still growing!

Sony India’s own OTT, Sony LIV, has a lot of popular shows on its app. They provide users with premium access to sports, shows that are worth binge-watching, and movies too. Sony simply ensures that users do not miss out on anything! One of the remarkable features of this OTT app is that it allows the user to create five different personalized profiles and customize them according to their preferences. This is why audiences prefer it over other subscriptions and so should you! Some other significant features include the do not disturb feature, super-smooth user interface, and ad-free content. There are over 20 million paid users and 80 million active users of this OTT app.

The ZEE5 OTT app has been growing rapidly with the facility of providing series, movies, and TV-based content to its users. Their subscription starts from just Rs. 99, attracting a large pool of audience. They even provide their users with customized recommendations based on their watch history. The app caters content in 11 display languages and 12 content languages, making it an ideal OTT app for every user. As of December 2021, ZEE5 claims to have 101.9 million monthly active users (MAUs) and 9.6 million daily active users (DAUs) worldwide.

So here it is! All about the best OTT apps. These apps offer a great experience to every user who wants to stream content online. OTT apps will keep growing in popularity. But people can’t take advantage of all of these at the same time. So, here comes YuppTV Scope to your rescue. By collaborating with YuppTV Scope, Internet service providers can give their audience a plethora of platforms to enjoy from. This is the era of smart entertainment! If you aren’t able to provide your audience with smart choices at decent prices, then you are already lagging behind! But, don’t worry, with YuppTV Scope you can offer personalized subscriptions to your customers.

YuppTV Scope allows you to watch any television or any OTT apps HD program by sitting anywhere and on any smart device like Laptop, smartphone, iPad, tablet, and much more. Now, you don’t need numerous OTT app downloads, you can get unlimited entertainment with a single subscription to YuppTV Scope, which includes Zee5, Voot Select, aha, Sony LIV, YuppTV, and other OTT apps. With YuppTV Scope, you can watch all your favourite and most popular shows before the telecast with just a click. With YuppTv Scope, you get hassle-free content discovery at your fingertips.

Stay tuned for more updates in our future blogs. 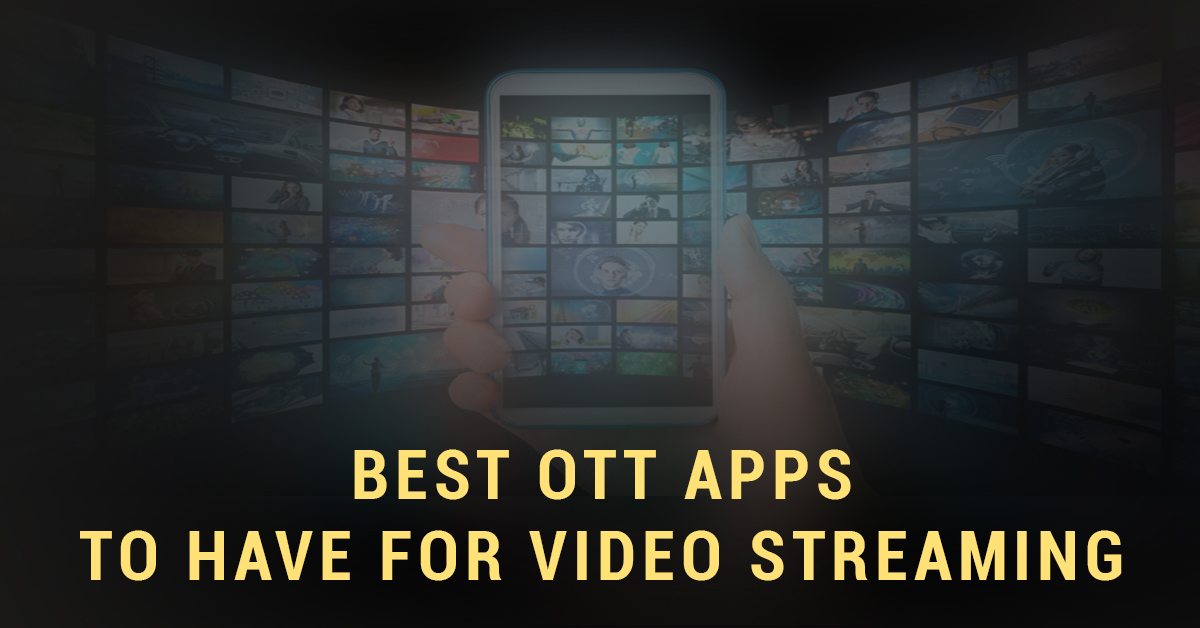